With the announcement of Future’s new album, apparently named #EVOL (fresh off the social media buzz.) People are already getting hyped about the concerts that will follow. Although Future hasn’t released any tour dates, it was revealed that the #EVOL tour will be mostly held at underwater venues. Many are speculating about what exactly that means, with some suggesting that he may be using aquariums or special “pool inspired” stages. 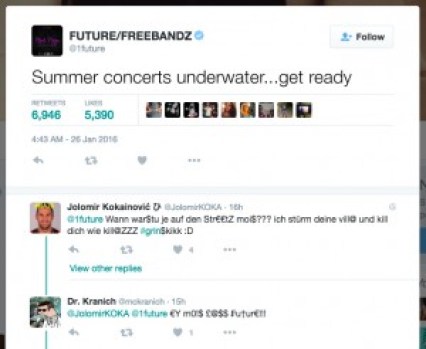 The Dripfeed StreetSquad thinks this may be in relation to his limited production budget for audio effects; by using underwater venues he can cheaply achieve his unique bubbling auto-tune sound without expensive equipment. Our in-house hiphop expert believed that we wouldn’t be able to tell a difference in rap quality or musical talent.

Be the first to comment on "Future Claims that His #EVOL Concerts will be Underwater."